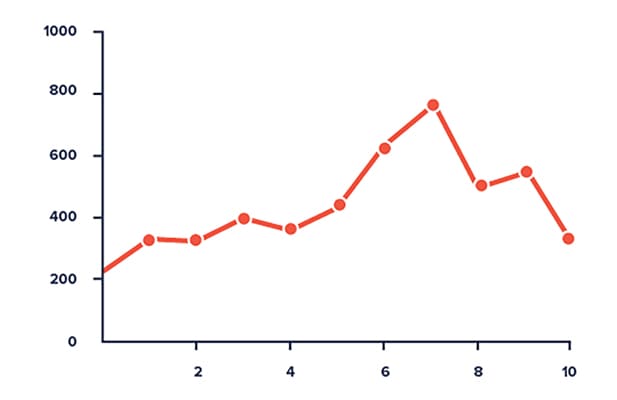 In the article, we experiment with the load on the platform using an external JMeter tool
Table content

In this article, we will load test our demo, located at demo.web-automation.ru
What is under the server hood, 1 machine is used:

The machine runs about 15-20 other sites with a small load.

How will we test it?

We use the Apache Jmeter tool to check the site's ability to withstand a large load.
We will perform the following tests:

We will analyze how the site will behave for 10 minutes under this load.
The page being tested will be demo.web-automation.ru/catalog - product catalog.

With a load of 50 users, the average server response is 3141ms, which is not bad. No failures, no interrupts.
Within 7 minutes, after you set the required amount, the average time has not changed much, and the server can withstand this load without any problems.

Here we will remove two screens, the first when reaching 100 users and when working with such a load for 5 minutes.

The number of requests is 4411 with a frequency of 14.7 per second. For 5 minutes, the load steadily increased to 100 users.
Average response time 3168ms, the load on the server is already felt, however, there are no failures. Next, we will see how the server will react in the next 5 minutes
with a load of 100 users.

After 5 minutes of warming up, the average response time rose to 4150ms. There are no failures, and the response time has not increased much, which shows that our site
can cope with such a load. Expandable up to 500 users.

When reaching 500 users simultaneously, the average response time is 14227ms,there are no bounce rates, but the site is slow. Continue the test.

Within 5 minutes, the response time has increased significantly, 19228ms is an unacceptable wait. There are no server failures, but the system works very slowly,
Here you already need to apply optimization measures (increase the hardware first). Let's run the last test of 1000 users.

1000 users should gather In 5 minutes, and we will remove the indicators for this time.

As you can see from the screenshot, the load of 1000 simultaneous users creates a serious task for our system. The average response time is 13954ms.
Let's watch for 5 minutes how the server will behave under this load.

Over the next 5 minutes, the response time increased significantly, moreover, there were failures, the server can not cope with such a load -
you need to add power to the server or distribute the load between different servers.

Based on our tests, we found that the threshold (at which the average response time is acceptable to us) value of users who
simultaneously request a catalog page is between 100 and 500. Given that the server under test has fairly modest parameters
(3Gb RAM, CPU E5-2690 v2 @ 3.00 GHz, in addition, a number of other sites are running on it), the results are quite good.
To scale, you need to implement load distribution across multiple servers, or increase the capacity of the hardware on the server.

We also plan to run similar tests on a regular Windows hosting service (for example, on reg.ru Win0) and on a more powerful server and fix the results in the form of a similar article. Alternative to Excel for accounting. Why CRM is better than Excel

CMS on MS SQL. How to make a web wrapper for a SQL Server database